When I was around the age five or six my brother and I got our first deck of Pokemon cards. Now this was big for me because I never got a lot of toys. All I really needed to play was my brother and sometimes we would play with his toys. Back to the point, I was really excited about this deck of cards.

Once my brother and I learned the rules of the game we started to battle each other! We would each take seven cards from our deck of sixty and then play our best card to ‘battle’. My brother would usually beat me since he was older and knew how to play much better then I did, but when I did defeat him I sure did celebrate! I would dance around and tackle him to the ground telling him in sing-song voice “I beat you! I beat you!” He would usually laugh then chase me around the house.

Now, after six years of harsh condition, my Pokemon cards are bent, torn, and scraped up. Most of them are actually missing, but whenever I do find one under my bed or in my brother’s room I remember how much fun I had with them. 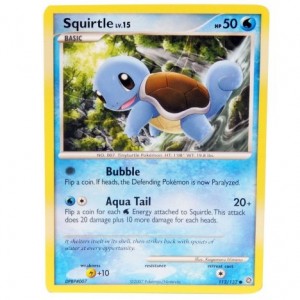 2 thoughts on “My Favorite Toy”